Saying No to Your Child 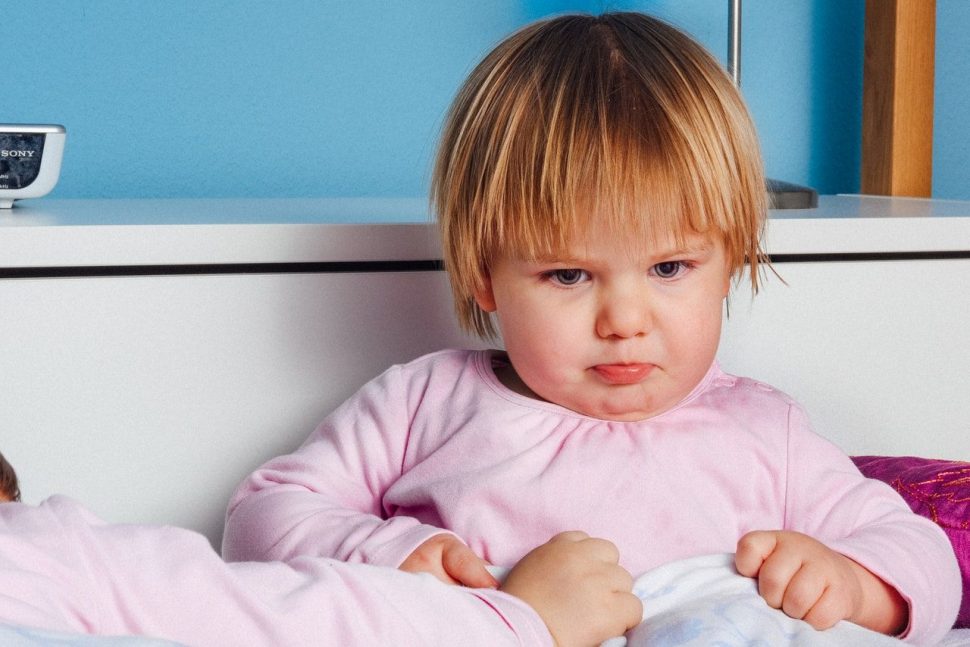 The story of humanity is a story of compromise and cooperation: each of us adjusting our behaviour in order to live in harmony. We learn to do so, first and foremost, in childhood, from our parents.

This is the second in our series on communication, Speaking the Child’s Language.

Dr. Montessori famously and repeatedly stated that the child is his own teacher as he explores his world; however, he still needs the adults, from parents to family, teachers and friends, to be his guides. We are to provide explanations, boundaries, act as role models; and, at time, to be the control that inhibits dangerous, undesirable or inappropriate behaviour, to redirect the child’s energies or to deny him something he wants.

Some parents struggle with the notion itself: they want their child to have everything he wants or needs, want him to be happy and content above all else, and don’t wish to deny him anything or to curtail his natural behaviour. Others might limit saying no although they wish to, because they want to avoid the conflict – to “keep peace”, to prevent yet another temper tantrum.

To others, it comes all-too easily. It’s been estimated that average parents of young children may say “no” or some variation thereof (“stop that”, “don’t do it”) hundreds of times each day. Some parents believe that this is the way things have to be, and remember being spoken to the same way as children. Others feel secretly guilty, shameful or unhappy about being so negative, but see no other option.

Being told “no” doesn’t harm your child.

And it’s not against Montessori principles, either. Although we are strong advocates for allowing as much free exploration as possible, to have children learn through their own exploration and trial and error, there are plenty of times when such exploration is not possible or practical, and should be interrupted or made impossible – for instance, a child who persists in bothering others being removed from a group temporarily.

There are some lessons that would come at too great a cost to learn through trial and error, whether that cost be to the child or to others. We say “no” to a toddler who wants to run into the street, or who is experimenting with a very particular kind of social interaction by hitting her friend with a toy car. These are extreme examples that no one would argue with. However, the same kind of logic can be applied to more common or less severe instances: saying “no” to a child who wants two servings of ice cream for dinner, who wants to bang her toy drums at full volume in the wee hours of the morning, or who wants her parents to purchase her an expensive toy that is out of their budget.

Even a very young child is more than capable of accepting limits or being denied something that would harass, hurt, or endanger someone, or that they are unable to give her. The key here, perhaps surprisingly to some, is the degree of the adult’s conviction rather than anything external. If the parent feels confident about their decision to say no, the child will sense that clearly and react far better than to a parent who is anxious, uncertain, or secretly wishes to say yes.

Nonetheless, sometimes children become quite upset when being denied something. Toddlers, of course, are the typical examples with big tearful tantrums and screaming, but even in older children, frustration can sometimes be painful and ugly. However, it is still not a reason to not give boundaries or restrict inappropriate behaviour. Strong emotion in response to being told “no” is common and normal in young children, who are still learning to understand frustration, and how to process it; we can and should offer them love, security and comfort whilst remaining firm with the boundary. Remember that this process is necessary to create the flexibility and adaptability that is so important throughout our entire lives. In older children, frustration can demonstrate in extreme ways if the child is overtaxed by other stressors and demands; likewise, this means they might need additional support, assistance or comfort, but not necessarily freedom from all restriction.

How often is too often?

However, the word “no” is like a magic spell with only so many uses – hear it too often, and it loses all its power. A child does need to experience self-determination, exploration and experimentation, as indeed humans of all ages do. We all need to be told by the people around us that our needs, opinions, preferences and interests matter, and to be able to act on that.

Besides, “no” by itself is quite unhelpful. Especially a young child who gets told to stop something, but isn’t given a viable alternative, is lost – they had a certain motivation for what they were doing, were stopped, but the motivation is likely still there, so now what? In return, they may act defiant or withdraw in distress, second-guess themselves, and demonstrate anxiety in various ways. A parent who says “no” is (ideally) drawing on their authority to have the child comply, but even if they do, there is little learning, problem solving, or cooperation happening there.

Far more useful is to replace “no” with guidance or suggestions of what to do instead, and couple it with an explanation of why. It is a useful exercise for parents, too – by looking for alternatives, they have to try and see the needs and motivations driving their child’s undesirable behaviour, and train empathy and understanding in both parents and children. So instead of just telling a preschooler to stop jumping on the couch, we can ask them to jump outside if they need to move, and explain that jumping on the couch raises dust, or damages the furniture, or is bothering the older sister who is trying to study nearby.

More often than not, if we offer the child our understanding along with an alternate possibility, she will not feel that she was denied: she will feel seen and understood. Instead of conflict we are offering a learning opportunity and cooperation. This way, rather than drawing on reserves of the parent-child relationship, we are in fact building it up.

Say no to things and behaviours, not to the child herself

If I could grant every parent the understanding of one thing and one thing only from this article, it would be this: it is necessary to reject some of your child’s behaviours or request, but it is even more necessary not to reject her as a person in the process.

“You’re being so naughty right now!” “Stop it, you’re driving me mad.” “You’re a bad boy when you yell like this.”

All of these statements are being useless, and beyond hurtful.  Even if your child doesn’t show you in the moment, she will hear and carry with her this form of rejection. The first and foremost message that a child should hear from their parents is that she is a good, capable person, both worthy of love but very much loved by them. By maintaining this whilst also showing her what it is in her behaviour and actions that is unacceptable, we are giving her the power to act on this information and adjust. After all, if a child is made to believe that they are bad, naughty, or unacceptable, what choice do they have but resignation to their fate?

Our final mention is owed to negotiation and discussion. Once we say “no” to a child, can (or should) we change our minds ever? Do we need to stay consistent at all costs?

Well, that depends. We need to show consistency in ourselves – show the child that our decisions or the information we are giving them are not based on capricious whims; if it were not allowed for the preschooler to jump on the couch earlier, it is still not allowed for his little sister later that day. However, our faces are not so important that we must save them in light of new information, new considerations, or new possibilities of compromise. In fact, responding favourably to the child’s appropriate negotiating attempts, or changing our decision based on changed circumstances means we are modeling to the child flexibility, cooperation and humility.

For example, it is hard to argue against an Elementary student who is allowed one hour of screen time on school nights but is campaigning for two in order to watch a film with a friend, and is ready to negotiate with extra chores or no tv the next night. Likewise, a mom who said “absolutely not” to a child’s request to go riding the bike in the park because it might rain (and later that day relents to the child as it had, in fact, remained sunny and nice) is teaching a positive lesson. Parents are human too, are allowed to change their minds, and should not feel like they have to stick to decisions they later regret; sometimes, discussion means admitting that we were wrong in the first place.

But do avoid giving in when you are not convinced you should, just because of the child’s pleading or upset; remember that if the child learns that they can change you decision not by finding fault in it, or by reaching some other compromise, but by excessively harassing you, then they should – logically – excessively harass you every time they are faced with a decision they do not like.