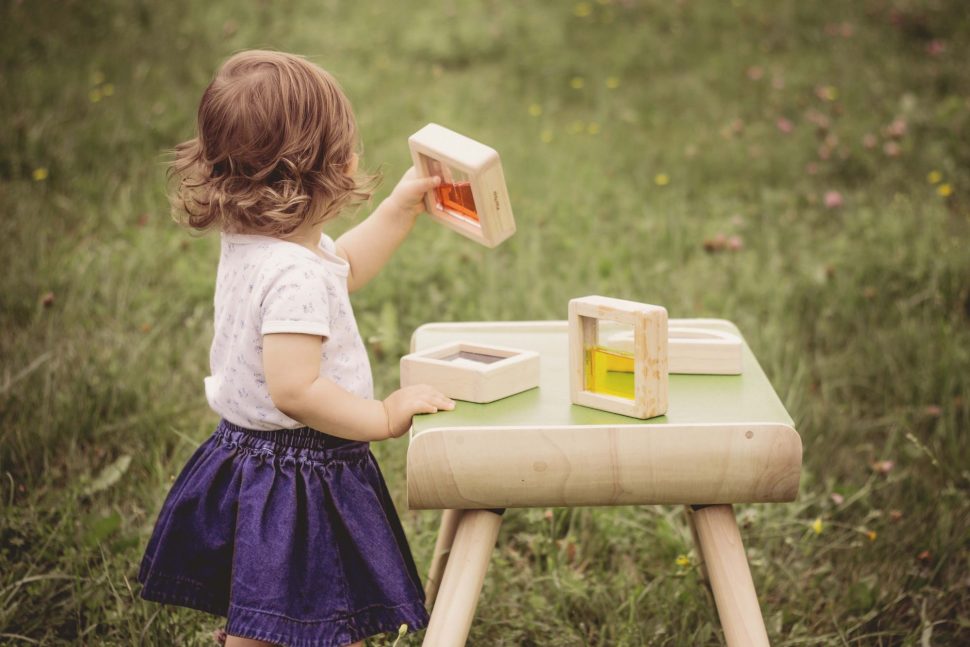 This article is the third in the Montessori Essentials series, which aims to cover key concepts of Montessori philosophy. These are the cornerstones of Montessori’s educational approach and concept of human development. Click the tag to explore the entire series!

We can say that the paradigm of Montessori Education lies in understanding and honoring the child’s own relationship with, and activity in the environment. Dr. Montessori posited that the young human being moves throughout the world, guided by their inner teacher  and manifesting through the sensitive periods of development; thus they are able to adapt to the world they find, and use elements of the environment in their self-construction.

Further, Dr. Montessori wrote of the “fundamental human tendencies” – the universal aspects of human behaviour – which aid us in understanding and adapting to our environment. Her son, Mario Montessori Sr. (who assisted and continued her work for decades after Dr. Montessori herself passed away) summarized her beliefs, research and writings on this topic later on in a small volume titled The Human Tendencies and Montessori Education.

What exactly are the Human Tendencies, as described by the Montessoris? The Oxford English Dictionary defines a tendency as “an impelling force that will manifest if not counteracted”. We can view them as the basic human modes of living and being, universal laws that govern our perception of the world, determine our actions and behaviours in order to aid our adaptation to the world. As far as we know these last throughout the entire lifetime of a person (although, of course, later in life they may become masked or distorted by the weight of our lived experiences) and are universal to all human beings across time and space – part of our shared human inheritance.

They may bear superficial likeness to animal instincts, but are deeply different in nature: where instincts act as simple directives suited to a specific set of circumstance, human tendencies serve to stimulate development and adjust to our environment, allowing humankind its endless flexibility in adjusting to different eras, climates and conditions. Meanwhile, while instincts allow the animal to enact behaviors complex enough to create the impression of intelligence, they in fact restrict it to a certain environment, and may drive it to useless or even detrimental acts when triggered in unfavorable situations.

Whilst we can compile a list of human tendencies, they are better understood as a complex, interrelated system that cannot be broken down into its parts. As such, different educators or researchers may use different labels and structures to understand and describe them. Below, we provide the list and organization used by Association Montessori Internationale as a part of its teacher training. We hope that the concept helps you consider your everyday actions, experiences and interactions with others in a new light, particularly when working with children.

Exploration is the first step of adaptation: the drive to come out, meet and learn our environment. Obeying this tendency is essential to gaining a basic sense of security: which utlimately can be summed as the knowledge that our environment can and will fulfill our needs.

The next step after exploration is orientation: the process of making sense of the acquired knowledge, establishing points of reference, and finding our place in the environment.

Order is crucial to our ability to categorize, organizing our experience and knowledge in a meaningful way. In this way it brings understanding on a deeper level and allows us to predict what comes next. This tendency guides us to seek patterns, categorize, form predictions; and brings a deep sense of satisfaction if the world subsequently acts according to the order we have created.

However tempting it may be to joke otherwise, all human beings must carry out work to remain happy and satisfied. The tendency to work – productive, goal-oriented efforts –  manifests in radically different ways in childhood and adulthood. As adults, we work primarily for survival of ourselves and ours, and then to adapt our environment to our needs and comfort. The aim of the child, however, is inward: to learn, develop, and “build the adult that he will become”. Within this tendency we can consider two partial ones the child utilizes: manipulation (physical contact with the environment) and repetition (leading to exactness and self-perfection).

The ability to think mathematically is intrinsic to all people and cultures, even those who never use numbers or develop the skill of counting. We refer to the mathematical mind as the ability to judge and compare distances, speeds, elapsed time or available space, in tasks as mundane as crossing the street or filling up a glass of water.

The ability to utilize this mathematical mind is obviously dependent on existing knowledge – how fast does the tram move, what is the flow rate of the tap? – and in the first plane of development especially, much work is done to observe and acquire this knowledge of the world.

Abstraction is the third step of the learning process, after acquiring the knowledge of an item, then linking it to others and categorizing it based on its aspects, and then finally abstracting its concept and being able to recall or consider it without a link to the concrete.  It allows us to generalize or predict. For its development, it is crucial that the child has sufficient experience in the environment, facilitated by the above-mentioned tendencies of exploration, orientation and order.

Imagination is the ability to create, form and modify concepts within the mind, without a link to the concrete.

Whilst its importance and uses are widely acknowledged, it is vital to consider that imagination does not develop in the child under three years of age. As with abstraction, it is a further step of cognitive development and it requires a solid grounding in the environment, in order to develop into a positive and productive trait. For this reason, it is unproductive and potentially harmful to attempt to introduce concepts such as imaginative play or storytelling to very young children.

Group behavior is the manifestation of a very basic mammal characteristic: the need to be with others of our kind. It drives us to create and participate in a social life and our larger culture; it leads to the formation and acceptance of rules, laws and socially appropriate behaviors. This tendency is, in early childhood, manifested by the strong urge to imitate: learning what to do from the people surrounding us.

Our tendency to spirituality is the uniquely human drive to make our lives richer and fuller even when all our physical and emotional needs are met and when we are comfortable. Its basic manifestations – art, music, dance and religion – are universal to every culture and community on earth.