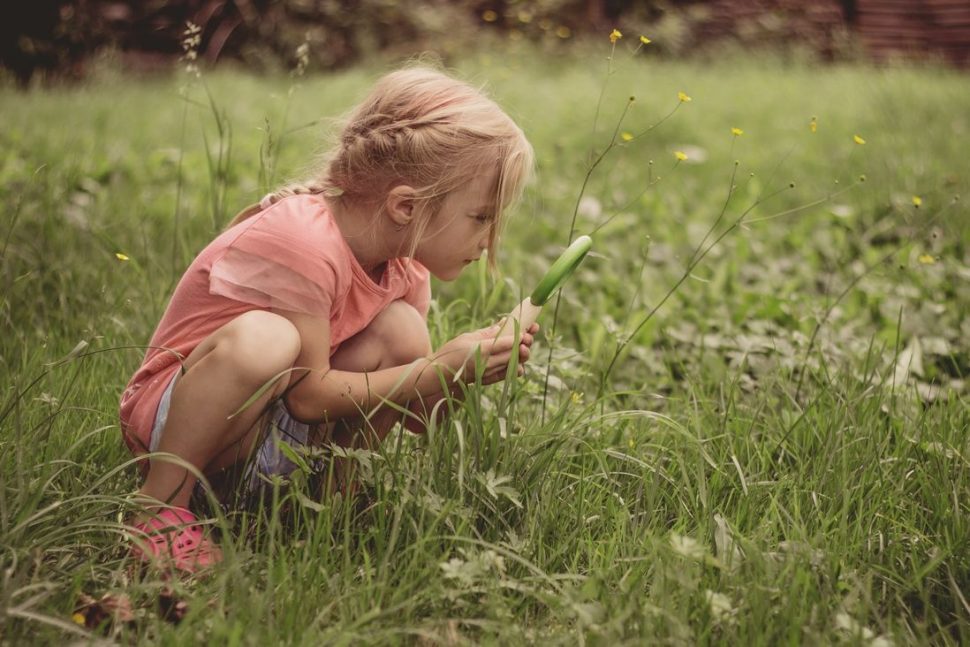 This article is the second in a series called Montessori Essentials, which aims to cover key concepts of the Montessori philosophy. These are the cornerstones of Montessori’s educational approach and concept of human development. Click the tag to explore the entire series!

The concept of sensitive periods – also sometimes referred as “critical periods” – is not unique to Montessori. In fact, the term itself originated in biology, and the concept began to arise already in the work of Édouard Séguin and Jean Marc Gaspard Itard with children with severe deprivations and resulting misdevelopment.

In short, the theory behind sensitive periods states that there are set points of human development, during which constructive formation takes place if the individual receives appropriate stimuli. If the stimuli is missing, then development is inadequate or misdirected. Later correction through therapeutic intervention may or may not be possible; however, the effort will always be greater and results lesser. For instance, a child who is born deaf will, of course, not learn to speak, unless their hearing is restored early on (such as with a cochlear implant). However timing is, well, critical: if the implant comes too late – past the critical period – spoken language will never reach the age-appropriate levels of hearing children. According to a 2007 study, the cut-off point for this is the age of two.

Today, critical periods are a well accepted and documented part of modern theory of human development and the concept is being popularized among parents and caregivers, especially in the context of the physical body, sensory development, and medicine. Still, Montessori education remains unique in researching and applying mental sensitive periods in service to educational and developmental aims as well, and going a step further in acknowledging the activity and agency of the child.

According to Dr. Montessori, sensitive periods apply to many facets of brain development, far more than just speech or sensory input. She identified sensitive periods, for instance, for enculturation, for role models, for fairness and justice. She did this by respecting and observing the child’s activity, for crucially, she identified a key aspect of a sensitive period: the fact that it results in directed, purposeful, focused activity.

Dr. Montessori posited, then, that it is a function of the child’s inner developmental “clock” – what, in the period of Absorbent Mind, we call “the inner teacher” – to identify the aspects of the environment that best stimulated its current developmental needs, that fulfills the requirements of the sensitive periods. Once identified, the children invests enormous amounts of effort and energy in interaction with the environment that allows them to take advantage of the stimuli. As they take what they need from, the sensitive period fades: the child has sated that particular hunger and may move on. Dr. Montessori’s definition:

Sensitive periods are an irresistible interest in an aspect of the environment, that will force the child into activity – ideally, work in the environment. Through this work they then accomplish permanent acquisition of a characteristic.

When Do The Parents Come In?

Over and over, Dr. Montessori tells us, the key role of the parent is to make way, and she often means it quite literally.

Knowledge of sensitive periods becomes an invaluable tool of any caregiver or educator, for it allows us to prepare the environment ahead of time, and make sure the child has everything they need before they even know they need it. Thus, the child will find crayons when they reach the sensitive period for scribbling and drawing (usually starting around eighteen months old, by the way) and will not have to resort to smearing their food, or worse, over the walls and tables.

This is not an exaggeration or humour, by the way. If it hasn’t been apparent from the previous text: the child badly needs to fulfill the requirements of sensitive periods to grow and develop fully. It becomes their driving force, their inescapable impulse, their very battle for survival. Very young children literally have no control over the activity dictated by a developmental sensitive period: they will prefer their activity to beloved people and possessions, even food or sleep to a degree. If hindered, they might lash out, scream, cry inconsolably.

That is the second take away all parents and caregivers would, ideally, take away from this article: how to understand and identify a child in the throes of a sensitive period. Often, we might not understand the benefit of what the child is doing. But Dr. Montessori entreats us to respect all reasonable forms of the child’s acitivity, and that goes double when that activity is meant to satisfy a sensitive period. How to tell?

If you observe all of these characteristics, you are witnessing highly beneficial developmental activity. Observe it, enjoy it, and please let it go undisturbed if you at all can.

Sometimes, of course, you might have to disturb the child. The baby, to continue the earlier scenario, might not be pulling up on a safe ottoman, but on a wobbly bookshelf, or on the curtains. If you at all can, offer her a substitute, a safe and appropriate way to channel the same impulse – the crayons and paper over the applesauce on the wall.

The first plane of development is by far the richest in sensitive periods, although they are in no way exclusive to it. This is, after all, the period of construction – the psychic embryo is creating oneself.

Later on, sensitive periods become less precisely defined in time, as they become more and more determined by the child’s individual development up until that point. During the second plane of development – from age six to twelve years old – children enter a sensitive period for abstraction and imagination, and require a wholly different educational approach as they make this leap in thinking and relating to the world. They also reach a new sensitivity to socialization, finding their place in crucially important peer groups and hierarchies, experiencing hero worship of their role models, and finding themselves in a sensitive period for moral thinking, fairness and justice.

During the third plane between ages twelve and eighteen, the adolescent is born anew socially, and for the first time also builds their sexual identity. Their sensitivity is to their worth and value in society, and as a potential romantic partner. We could call it a sensitive period for self-identification as the adolescent struggles to define themselves and their relationship with the wider community.

Even in adulthood, sensitive periods continue, although at a much more individual pace and pattern, strongly depending on past experiences; and also – usually – with far decreased strength. We can speak of a sensitive period for higher education, entering the work force, starting a family, even the much maligned midlife crisis or retirement. The important takeaway isn’t to try and define the developmental stages, but to respect the cyclical nature of individual developmental continues throughout our entire lives, and to observe and strive to understand and respect our needs and sensitivities throughout life.

“To aid life, leaving it free, however, that is the basic task of the educator.”