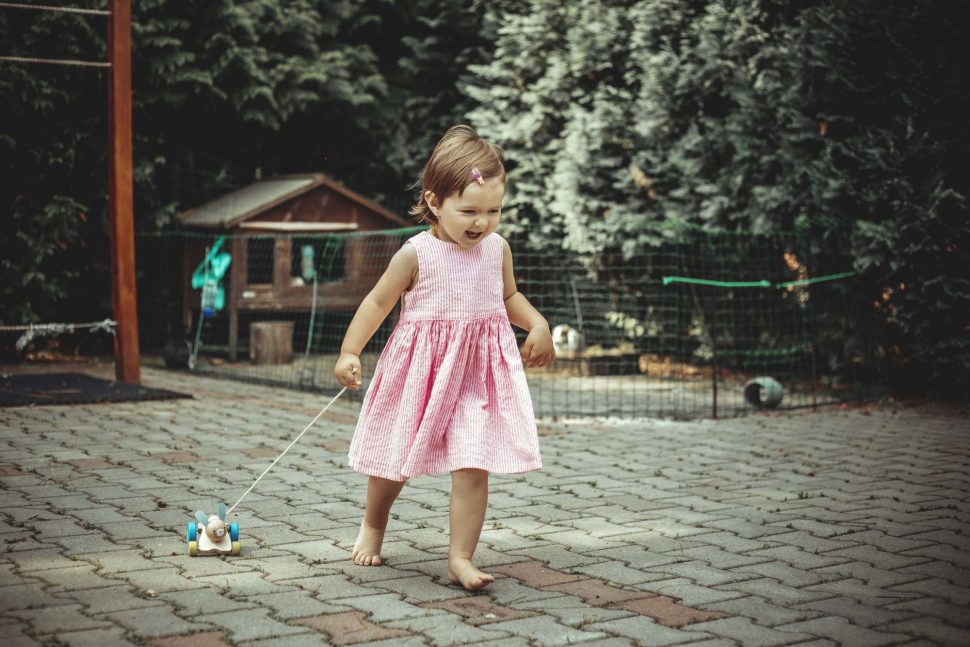 This article is the first in a series called Montessori Essentials, which aims to cover key concepts of the Montessori philosophy. These are the cornerstones of Montessori’s educational approach and concept of human development. Click the tag (or click right here!) to explore the entire series!

When you first begin to explore the wondrous world of Montessori, you might feel like you’ve entered a parallel universe, or at least a foreign country – one with its own strange beliefs, customs, and language, incomprehensible to an outsider. And even those who have dipped their toes in – perhaps started to use terms like “sensitive periods” and “psychic embryo” in everyday conversation – might still struggle to define what, exactly, those words mean. Perhaps the most misused term, in my experience, is the one that gave title to Dr. Montessori’s seminal book: the Absorbent Mind. In this article, let’s dive into what exactly it is!

The Absorbent Mind, to put it in the simplest way possibly, is an umbrella term for the “the mind of the child” (“La Mente dei Bambino”) in the first six years of life (during the first plane of development – more on this in a later installment).  Dr. Montessori was not the first or last person to observe that the child’s mind works quite differently from that of the adult, but her observational genius allowed her to identify, describe and define these differences, creating the brilliant Absorbent Mind model that we use to this day.

Dr. Montessori relied on contemporary research, and chiefly her own observation and interaction with the child, to form her theory of human development. Today, we have the luxury of far more sophisticated tools, like brain imaging and measurement of electromagnetic activity, to study and research the workings of the human mind; surprise to no one (at least in Montessori circles), modern neuroscience has so far confirmed all of Dr. Montessori’s findings with directly observed, measurable data. Hopefully, one day modern educational theory will find its way to adopt her conclusions as well.

Dr. Montessori described the Absorbent Mind as consisting of four distinct parts or pillars, and in their definition borrowed heavily from the work of the English educator Sir Percy Nunn, a contemporary of hers. In Greek mythology, horme signifies the energetic impulse or spirit. In Montessori, horme is the drive that compels the child to exert themselves, come into contact with the environment, and learn. It is comparable to the willpower of the adult but quite distinct as it is innate, unconscious, and irresistible; anyone who has watched an infant try and fail, try and fail, try and fail to stand over and over again can attest to all of these characteristics.

Next up is the inner teacher. If horme is the engine, then the inner teacher is the steering wheel. Dr. Montessori observed the peculiar fact that children the world over tend to hit certain milestones, on average, at the same time: sitting up, walking, babbling and talking, but also far more complex ones, such as peer interaction, sense of fairness and justice, or drawing and painting. Even in cultures very far removed from one another, children exhibit the same general interests, modes of play, and behavioural tendencies at about the same time. She concluded that there must be a built-in schedule, a psychic blueprint, if you will, or an inner teacher that keeps time for the child and guides them to seek out, interact with, and master a certain aspect of their environment at a set time (giving rise, in particular, to the sensitive periods of childhood, which we will focus on in another article).

But what’s with the “absorbent” part – you know, the sponge? The memory of a child works differently: their mind is prepared for information in a different way than that of the adult. Instead of simply learning information and storing it (more or less permanently), the child is using their experiences to construct themselves. To this end, the Absorbent Mind is equipped with a different kind of base memory: the mneme, named after the Greek muse of memory. Although it does not allow for conscious recall in later life, information and experience stored in the mneme shape our personality, character and behaviour. The mneme is the prevalent form of memory in the first three years of life, after which it is gradually replaced by conscious memory; in adulthood it can still be activized and affected by experiences with extreme emotional weight (such as deep trauma) but usually factors into our behaviour on an unconscious level.

Finally, Dr. Montessori observed and described the nebulae, the distinct potentials of the human being. She posited that the characteristics that give rise to our shared humanity, such as language, music, or mathematical thinking, are enormous latent potentialities that wait to be awaken through experience with the environment. For instance, a person who is never exposed to music in childhood will not develop their musicality; however, musicality is dormant in every newborn. Much like a nebula can give birth to a star from its mass or be dispersed and destroyed, the nebulae of the absorbent mind can be actualized into ability or be lost forever through lack of stimulation.

Okay, but what does this mean?

Dr. Montessori posited that the unique success of the human species lies within our ability to adapt to, and manipulate, our environment. In comparison to other mammals, even other apes, the human infant is born vulnerable and painfully unfit to survive in the outside world, with little instincts and pre-programmed knowledge; instead, they are born with an enormous potential to learn, to change and construct themselves in response to the environment. This flexibility and adaptability that the Absorbent Mind gives us is what has allowed us to construct enormously complex, diverse and successful communities across all of the areas of the Earth, and to even reach for the stars.

The information the child gathers during the period of the Absorbent Mind is not simply stored; it affects their whole self-construction, or, as Dr. Montessori wrote, it is incarnated: a becomes a foundational part of who they are.

Dr. Montessori referred to the infant child as the link between the past and the future, the connection that ties human history together. For human progress to occur, we must build on those who came before. Once adults, we change very little; it takes a lot of hard work to adopt even the simplest new habits. But the child is what drives social change from generation to generation. We are the people of today: our children are the people of tomorrow. Therefore their education, the work of their Absorbent Mind, determines the culture and society of the future.

The unique capabilities of the Absorbent Mind, however, are not intelligent or discerning; the child does not choose what to learn and incarnate from the environment.

It is on us, then, to offer them what we believe is the best in us: what we want humanity to become.

Easy as One, Two, Three

On the development of foundational mathematical skills and concepts, why the mainstream… 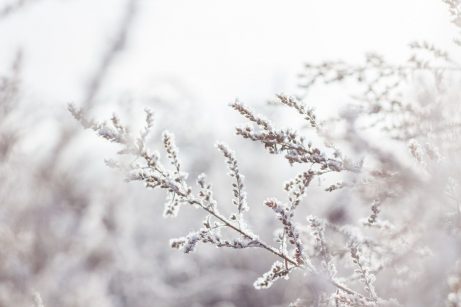 Citizens of the World

In this new year, help your child on their path to global…

This article is the last in a series called Montessori Essentials, which…