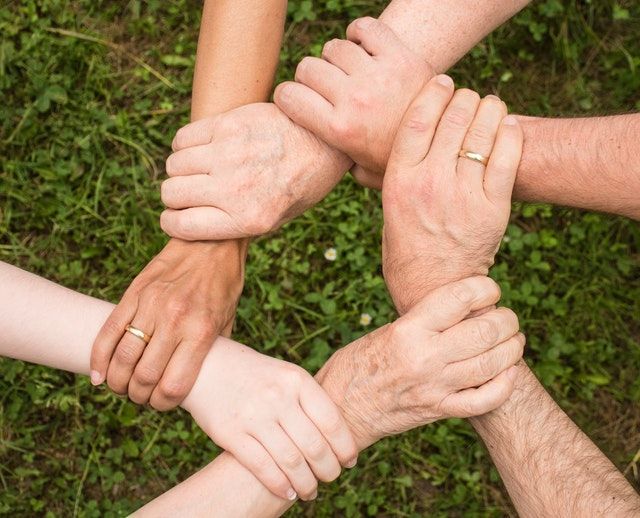 This article is the fourth in a series called Montessori Essentials, which aims to cover key concepts of the Montessori philosophy. These are the cornerstones of Montessori’s educational approach and concept of human development. Click the tag to explore the entire series!

Human development does not occur as a constant, steady continuum; rather it speeds and slows, and features rapid changes, peaks and valleys. Any parent can likely attest to its transformative character who has witnessed their child seemingly change overnight – whether it was the onset of temper tantrums as a toddler or the sudden rude remarks and messy room of an Elementary student. Perhaps better to not even mention the onset puberty and everything it brings.

According to Dr. Montessori, this is because human beings develop through a series of distinct developmental phases, or planes. She called their pattern of growth and change “the constructive rhythm of life”, pointed out its cyclical nature, and called our attention to the transformational points of transition between each two planes.

Much has been written, on this blog and elsewhere, about the observational genius of Dr. Montessori and her resulting unique insights into the nature of human development. The concept of developmental planes, or phases, is neither original to Montessori, nor particularly unique or surprising: most human cultures recognize and mark these same transitional points with various rites of passage, and have done so for centuries and millennia!  However, Dr. Montessori’s deep understanding of the character of each plane, as well as her conclusions regarding the consequent educational requirements, remain as groundbreaking today as they were a century ago.

It just so happens that the planes of development possess a simple chronological symmetry. Although of course we cannot time them precisely, and as always must take into account individual differences between children, the breakdown of the stages according to Dr. Montessori is as follows:

There is, of course, significant overlap – despite my earlier lightheartedness, the child does not, in fact, change overnight, but rather transforms from one plane to another over a period of months (earlier in life) to years (nearing maturity). However, this basic model provides a priceless framework for understanding the child. Reminiscent of the rising and falling nature of sensitive periods (which you can find more about in this article) we know that the characteristics of each plane rise and fade, and in fact the planes themselves are cyclical in nature as they mirror each other: adolescence shares much with infancy, whilst childhood strongly resembles early maturity.

What is the purpose, or function, of the developmental planes? Dr. Montessori posited that they each correspond with different aspects of the child’s mind and personality that must be constructed during its run. The changing nature of the child, as they move throughout each plane, then allows them to seek and accept the developmental stimuli they need at that particular time. Each plane has its own unique task (or tasks) that must be fulfilled for successful progress of the human individual, and each plane follows a cycle of acquisition, consolidation and mastering, forming (ideally) a meaningful and ordered whole.

Dr. Montessori described the apex of the developmental planes as finality – the point of full maturity, if you will. This does not mean stagnation, or end of growth, but simply the point of assuming one’s rightful position in the colourful tapestry of human history: becoming a human being of one’s time and place.

The first six years of life are the most tumultuous, transformative and intense of the entire life. During this time the child, equipped with the unique tool of their Absorbent Mind acquires, processes and incarnates an absolutely staggering amount of information, far more than an adult could imagine. The “psychic embryo”, the newborn child at the beginning of life, must create in themselves and awareness and understanding of self and others. They learn to communicate through language (spoken, written or otherwise), to move and manipulate their surroundings; they lay the fundamentals of their entire personality and the relationship with themselves and the world. If the entire plane was to be summed by a single question, it would undoubtedly be “what?”

As such, what the infant needs above all is the experience of reality: ideally, a direct, truthful, positive, ordered, peaceful one. We must not forget that the child at this time incarnates indiscriminately, and initially without any context or previous knowledge guiding them. As they are laying down the foundations for all of the rest of their lives, it hardly needs to be spelled out that their environment should be prepared and protected with the utmost care, and feature above all love, acceptance and security.

The transition from the first to the second plane can be somewhat summed up with the new question of this age. It is no longer “What?”, but – “Why, how, and when?” The child abandons sensory exploration in order to move to the abstract, concentrating on the “big picture”, forming a deeper understanding of the world. Their exploration turns to the inside, to imagination and reasoning, classifying, categorizing and judging.

This time also sees the birth of true moral reasoning. The child, who has recently begun with interest demanding and amassing information about what is right and wrong, is now truly considering why; they begin to care a great deal about justice, fairness, and moral order. Social construction begins in earnest as children form hierarchies of friendships, cliques, and social prestige.

Physically, this is the first stable period. Some major changes happen – deciduous teeth give way to the permanent set, the texture and quality of hair changes, feet grow rapidly in preparation for the growth spurt in the next plane. However, overall the child’s physical growth gentles and steadies, allowing a great amount of energy available for work, and a peaceful period for the development of higher order thinking.

The transition to the third period marks what Montessori called “the social birth”. And like the physical birth of the child, this social birth is also followed by a period of intense exploration, staggering changes and rapid development. The third period is the second explosive, creative period: this social newborn now becomes intensely concerned with his identity and his place the community. Their question becomes: “Who am I?”

The gentle and steady growth of the previous years once again accelerates into rapid development, gaining the final size and bodily proportions of the adult; moreover, sexual maturity and with it the possibility of reproduction is gradually reached. These changes, accompanied by wildly fluctuating hormone levels, a new awareness of self – especially in terms of sexuality and attractions – are understandably confusing, frustrating and frequently literally painful to the child. The great expense of energy leaves the growing adolescence prone to unique health issues, and often clumsy in the novelty of their new body.

All of this means the adolescent needs strong models and caregivers to provide them with structure, support and security. Firm boundaries and just, logical consequences are tested but ultimately craved. As with the youngest children in the beginning of first plane, the child needs a carefully prepared and pre-planned environment to lean on.

At this point, the young person that has successfully passed though the previous planes should emerge as a strong and confident young man or woman, ready and eager to begin actively contributing to the society. The final question is raised: “What do I do with my life?”

If the previous phases allowed the infant, the child, and the adolescent to fulfill their needs and develop appropriately, the young adult is solidly grounded and ready to establish order and peace in both their external and internal life. They prepare and begin productive employment (through higher education or apprenticeship); learn to find a balance between their work and personal life; gradually identify and assume their position among their community, friends, family and self; establish their social, emotional and spiritual life. They become ready to find a partner, eventually to start a family of their own. Ultimately, the mature human being is ready to give back and serve others, to actively participate in the public life, and to become a full-fledged, productive member of our species.